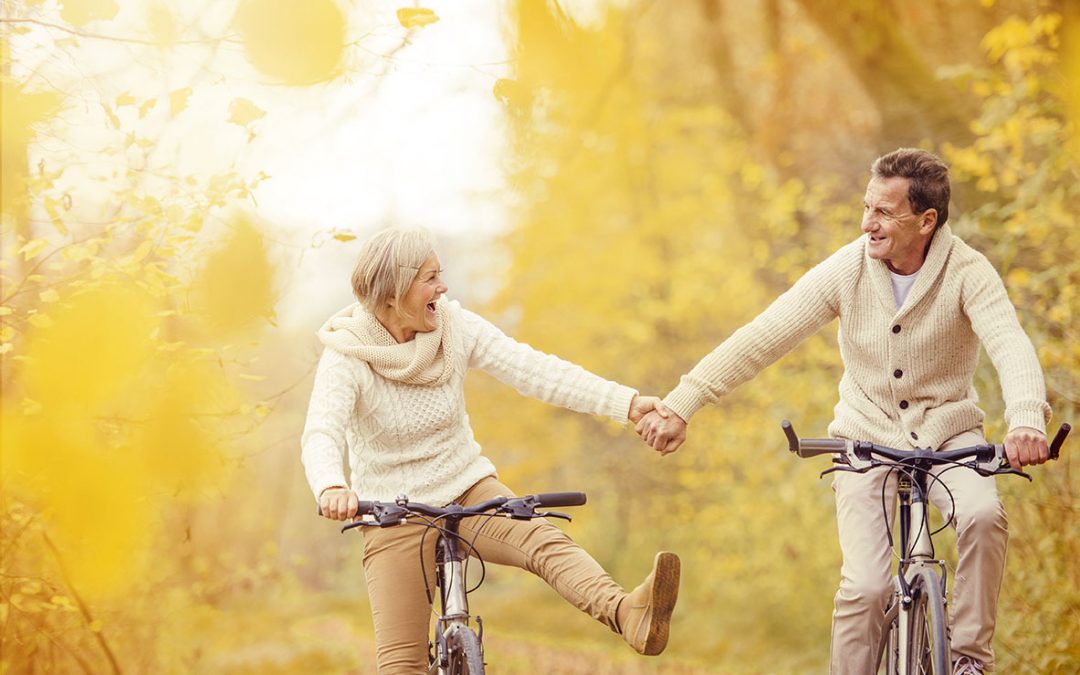 The short answer is yes. Here’s why. Older adults become very selective about what they choose to focus on and spend their energy on. They also simply choose to be happy by focusing on happy events and positive people in their lives. By focusing on the positive things in life, older adults are happier than their younger counterparts.

There are social factors which lead older adults to be happier than younger people. They, for the most part, no longer stress about balancing life, school and work. They are way past their child-rearing years and instead enjoy the company of their grandchildren. They aren’t fighting to climb a career ladder any more and can focus on what they want to do with their retirement.

In general, most adults have a more stable life, aren’t subjected to the major ups and downs of being younger, and don’t deal with daily negativity and stress like younger people do.

Older adults, too, have in general, shifted their priorities to living in the present. Younger people have a longer time horizon and plan things out for years and decades. Older adults don’t as much, but instead focus on the here and now. Focusing on the future can induce anxiety, so most older adults would experience happiness and joy by being fully present.

Priorities are important later in life but relationships are, too. Older adults enjoy deepening meaningful existing relationships instead of trying to form new ones, which younger people are usually doing. New relationships bring risks and stress, which are avoided by focusing on current, long-term relationships. This is also a great way to avoid conflict.

Younger people can be happy, but they have to deal with a multitude of stressors, problems, challenges and goals that older adults have already experienced. They have already been there – done that, and this is why they tend to be happier at older ages.