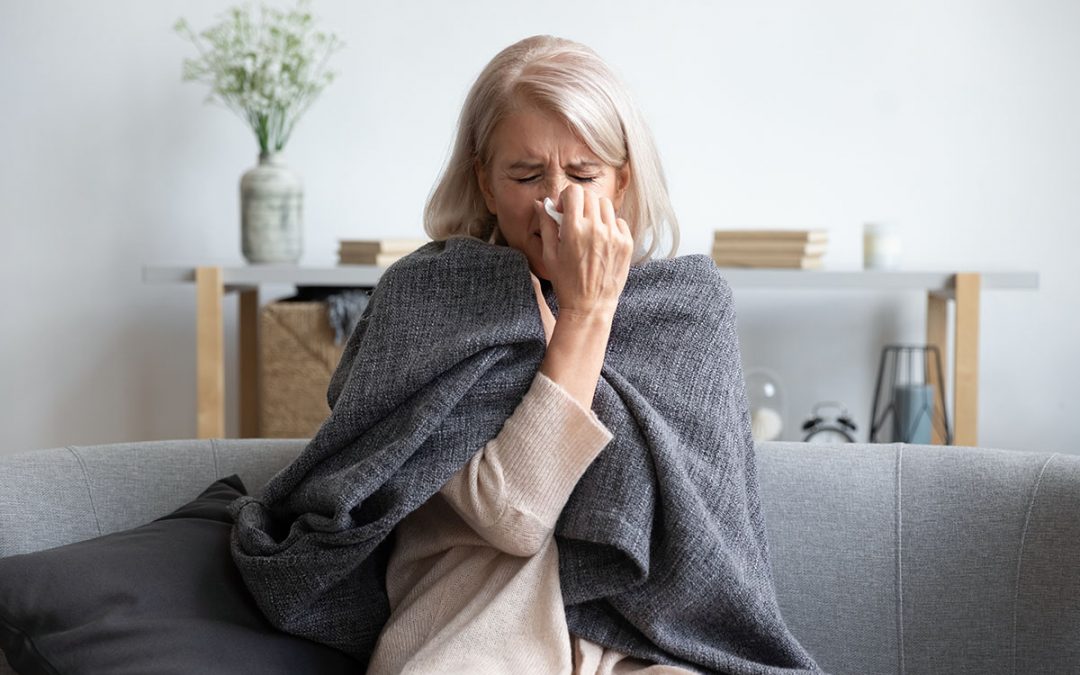 Between 2010 and 2019, 336,000 people died of the flu in the United States, with the majority of those being older adults. Further illustrating the impact on seniors in particular, 90% of the deaths from the flu between 2017 and 2018 were adults over age 65, according to the Centers for Disease Control and Prevention (CDC). While these statistics are frightening, the flu is preventable if older adults follow medical and social recommendations.

The “flu” is short for influenza, which is a highly contagious respiratory illness that can range from mild to severe and possibly result in hospitalization or death. The flu is caused by the influenza virus and has the ability to infect humans, mammals and birds. Because of the ease of transmissibility, the flu can spread across nations and the world.

There are three main types of influenza that older adults need to know about. Influenza A is the most common type and has caused the majority of pandemics throughout the 20th and 21st centuries, including the 1918 pandemic that killed between 50 to 100 million people. It can infect humans, pigs and birds (e.g. swine flu and bird flu). Influenza B causes around 20% of all flu infections and only survives in humans and seals. Influenza C is the mildest of the three and infects humans and pigs.

Symptoms of these types of influenza are similar and mainly affect the nose, throat, lungs, and the gastrointestinal system. They include constant cough, runny nose, fever and chills, sore throat, muscle aches, headaches, diarrhea, and vomiting. While relatively healthy adults may experience these symptoms for a few days and get better, those with health complications including diabetes, heart problems, asthma, liver and kidney problems and obesity, may experience more severe symptoms. For those individuals, infection is more likely to lead to greater health complications which could result in hospitalization and even death.

Thankfully, there are many ways to reduce risk of infection and complications. The CDC recommends that seniors get their annual flu vaccine and stress that it is the first and best way to prevent the flu. Antivirals are a second line of defense to treat the flu once the individual becomes symptomatic. Antivirals such as Tamiflu, Relenza, Rapivab, and Xofluza are the four common drugs recommended by the FDA.

Since the flu is highly contagious, it’s wise to remain 6 feet away from people who are symptomatic. Disinfecting commonly touched items in the house can reduce the spread of the flu. Boosting the immune system and staying in good physical condition can help as well. While the flu is very likely to occur every year, older adults can be prepared and take measures to reduce their risk.